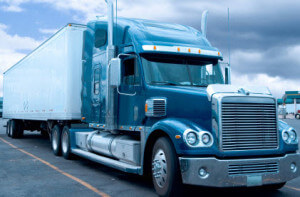 Auto accidents involving semis and other large trucks are dangerous, due to the size of the vehicles involved. They often result in more serious injuries and a higher mortality rate, especially if a smaller vehicle is involved. Generally, only the driver is held liable in an auto accident. But in some cases, if the driver is not the owner of the truck, the doctrine of negligent entrustment applies, and the owner can be held legally responsible. If you have been injured in a trucking accident, an attorney can help you navigate the complex legal issues involved in recovering compensation for your injuries.

If the owner of a truck allows someone else to drive his or her vehicle, the owner must take reasonable care to make sure that the driver is competent and safe. In Illinois, the doctrine of negligent entrustment allows the owners of a truck, often a trucking company, to be held liable if they allowed an unsafe driver to use their vehicle. To prove negligent entrustment, an accident victim must demonstrate that:

Negligent entrustment is useful to trucking accident victims because individual drivers often do not have the funds or insurance coverage necessary to compensate the victims for all their losses. Trucking companies, on the other hand, generally have more resources.

The owner’s knowledge is key to the doctrine of negligent entrustment. To be responsible for a victim’s injuries, the owner must have had actual or constructive knowledge of the driver’s inability to drive safely. An owner has actual knowledge, for example, if the owner knew that the driver was intoxicated, yet let the driver operate the vehicle regardless.

An owner has constructive knowledge of a driver’s incapacity if he or she should have known that the driver was not capable. For example, this could occur if an owner failed to monitor a driver’s performance or was not reasonably diligent in ensuring that the driver had a license and a relatively clean driving record. This makes sure that truck owners cannot avoid responsibility for negligent entrustment by purposely remaining ignorant of a driver’s performance and ability.

A truck owner may give permission to a driver to use a truck either expressly or impliedly. An owner’s permission is implied if the owner and driver have a relationship or course of conduct that includes such permission.

Just because a truck owner was negligent and can be held legally responsible for a victim’s injuries does not mean that the driver is not also responsible. In Illinois, the driver and the owner can share responsibility for the injury and resultant damages. The court will determine the percentage of each party’s responsibility, and damages will be allocated accordingly.

If you have been injured in an auto accident involving a truck or other commercial vehicle, please contact a trucking accidents attorney at Woodruff Johnson & Evans Law Offices for a free initial consultation at our offices in Aurora, Chicago, or Champaign.