Changing the Laws to Prevent Drowsy Driving and Trucking Accidents 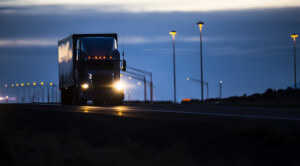 According to a recent article in the Huffington Post, drowsy driving results in thousands of auto and trucking accident deaths every year. Given that truckers spend long hours on America’s highways—often driving while they are tired and fatigued—why are laws not addressing the risks of drowsy driving? We need to take a closer look at the laws in Illinois to considertruck accident prevention on the well-traveled highways around Chicago.

Lawmakers Approaching the Issue of Driving Impaired by Sleep Deprivation

As the article notes, most of us know the dangers involved in certain kinds of impaired driving. For instance, driving under the influence of alcohol or driving while intoxicated can result in serious traffic collisions. Yet drowsy driving is also a form of impaired driving that we do not consider to be in the same realm as drinking and driving. Indeed, both truck drivers and lawmakers tend to see this is “a much grayer area,” given that there is no test for drowsy driving and no seemingly objective ways to implement laws prohibiting it.

At the same time, however, sleep-deprived driving has consequences that can be just as harmful as driving under the influence of alcohol or drugs. For instance, the article points out that “staying awake for 24 hours is equivalent to having a BAC of 0.08 percent,” which makes a person legally intoxicated in Illinois.

Because truck drivers in Illinois are not cited for drowsy driving when accidents occur, and since there is no objective manner in which to gauge a driver’s sleep deprivation, it is difficult to pinpoint the number of drowsy driving collisions each year, and it can be difficult to discern its impact. However, the National Sleep Foundation has developed estimates, which predict that sleep-impaired driving results in around 100,000 accidents each year. Whereas, the American Automobile Association (AAA) estimates that around 300,000 auto accidents involve a drowsy driver and that more than 6,000 lead to a highway fatality.

Due to the large size and weight of tractor-trailers—large trucks tend to weigh in excess of 10,000 pounds—collisions involving a semi and a smaller automobile often have devastating consequences. Currently, two states (New Jersey and Arkansas) have laws that prohibit sleep-deprived driving. According to the article, the law in New Jersey got a lot more attention after a sleep-deprived truck driver crashed into a vehicle that resulted in serious injuries and a death. In New Jersey, if a driver does not sleep for at least 24 hours, she or he can be prosecuted for vehicular homicide.

Do we need a similar law in Illinois? Currently, as the article emphasizes, we do not have enough public outcry concerning drowsy driving to raise awareness about its dangers. But if more people began to speak up about the risks of sleep-deprived driving—particularly in cases involving truck drivers—the need for laws prohibiting drowsy driving might grab the attention of lawmakers in our state.

In the meantime, if you or someone you love sustained injuries in a trucking accident, an experienced Chicago truck accident lawyer can help.Contact Woodruff Johnson & Evans Law Offices today to learn more about our services.