Auto Accidents and the Dangers of Self-Driving Vehicles 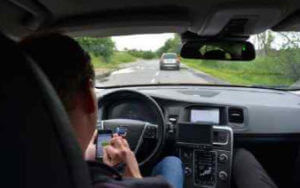 Given that Kane County is part of the larger Chicago metropolitan region, it is home to many commuters who regularly drive into work each day. Anytime we get behind the wheel, we put ourselves at risk of an auto accident. But does the risk of being involved in a traffic collision increase if there are self-driving cars on the road? According to a recent article in the Chicago Tribune, self-driving cars—which are being tested in cities across the country—are “more likely to hurt than help public safety because of unsolved technical issues.”

What do you need to know about self-driving cars if you live in St. Charles, Batavia, Geneva, or another part of Kane County? To better understand the risks associated with these vehicles, we should explore the report made by engineers and safety advocates concerning the dangers of self-driving cars.

For years, the perks of automated technology, particularly in automobiles, have made national news. Engineers of these vehicles have suggested that fully automated technology—taking out the risk for human error altogether—could help to prevent car accidents. However, as a recent report from CNN Money concerning a AAA study makes clear, most Americans are not interested in having fully automated cars. Indeed, about 75 percent of people surveyed indicated that they would not feel self riding in a self-driving car.

When the results of that study came out, some advocates for self-driving cars wondered if fear was simply getting the better of the people studied, and that if they felt more comfortable with the idea of automated technology, they would be more willing to ride in or purchase a self-driving vehicle in the future. Such questions seemed particularly relevant, given that, of the 1,800 people surveyed, around 60 percent wanted “some kind of self-driving feature, such as automatic braking or self-parking the next time they buy a car.”

But as it turns out, those who have expressed worries or concerns about fully automated, or self-driving, vehicles, may not have been too far off. As the Chicago Tribune article underscores, amidst warnings from engineers and safety advocates to the National Highway Traffic Safety Administration (NHTSA), even an auto trade association wants to step back from self-driving cars. Indeed, a “trade association for automakers cautioned the [NHTSA] that a slower, more deliberative approach may be needed than the agency’s aggressive plan to provide its guidance for deploying vehicles in just six months.”

Discuss Your Case with a Geneva Auto Accident Lawyer

If you or someone you love recently sustained injuries in a traffic collision, an experienced Geneva auto accident lawyer can help. Contact Woodruff Johnson & Evans Law Offices today to discuss your options for filing a car accident claim.