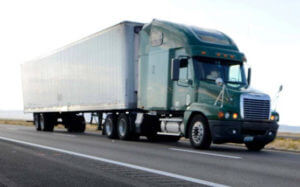 How common are trucking accidents in our state that are caused by distracted driving? When commercial truck drivers are on the highways in Illinois, they must abide by laws in our state that prohibit drivers of any type from using handheld cellphones while they are behind the wheel. Indeed, in Illinois, a law that went into effect in 2013 bans all handheld cell phone use unless there is an emergency.  Drivers caught using handheld devices must pay a fee of at least $75, according to the Illinois Tollway website. There are more substantial fines for repeat offenders. Texting while driving has been illegal in Illinois for about six years now. But state law is not the only reason truckers are prohibited from using cellphones to talk or text while they are on the highways around Chicago. Indeed, in addition to Illinois law, there are now rules published by the Federal Motor Carrier Safety Administration (FMCSA) and the Pipeline and Hazardous Materials Safety Administration (PHMSA) that specifically prohibit “interstate truck and bus drivers and drivers who transport placardable quantities of hazardous materials from texting or using handheld mobile phones while operating their vehicles.” These rules are part of a recent series of actions taken by the U.S. Department of Transportation to help put an end to truck accidents caused by distracted driving. What are the consequences for truckers who are caught using a handheld phone, either to talk or text, while they are driving? In addition to the possibility of fines and fees from Illinois, truck drivers could face serious consequences as a result of violating the FMCSA rules, including but not limited to:

Not only are the initial financial penalties steep, but multiple offenses could result in a truck driver being unable to work in the future, leading to a significant loss of income.

Details of the FMCSA and PHMSA Prohibitions

What, precisely, do the FMCSA rules prohibit truck drivers from doing while they are on the road? According to the rules, the following behaviors are prohibited:

What can truckers do that will not put them at additional risk of a trucking accident? The FMCSA rules do allow some cellphone use as long as it is not handheld use. The FMCSA recommends that truck drivers “use voice-activated or one-button touch features to initiate, answer, or terminate a call” to avoid being ticketed.

If you or someone you love suffered serious injuries in a trucking accident, a truck accident attorney in Chicago can help with your claim. Contact Woodruff Johnson & Evans Law Offices today to discuss your case.