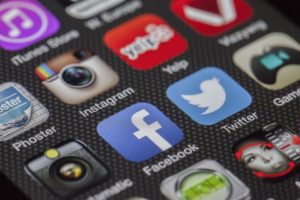 Often, when we talk about nursing home abuse and nursing home negligence in Champaign, we think about incidents in which patients suffer physical injuries caused by physically abusive staff members or medication errors. In many cases where patients at nursing homes suffer from injuries, those harms result from nursing home neglect. In other words, it is not that someone at the facility actively committed a bad act, but rather that staff members did not do something they needed to do in order to prevent a patient from suffering an injury. For instance, bedsores, or pressure ulcers, commonly are linked to nursing home neglect and a facility’s failure to properly attend to its patients.

Yet according to a recent report co-published by NPR and ProPublica, new technology has led to a new form of nursing home abuse. To be sure, social media has produced venues through which staff members at various nursing homes and assisted living facilities have been alleged to have perpetrated acts of emotional or psychological abuse. Now, according to the report, federal health regulators are stepping in to “crack down on nursing home employees who take demeaning photographs and videos of residents and post them on social media.”

According to the report, there have been at least 47 instances of emotional or psychological abuse at nursing homes since 2012. Nursing home employees have been fired from their jobs and charged with criminal offenses for engaging in acts that serve to embarrass and humiliate residents. In short, staff workers have been cited for using Snapchat, Facebook, Instagram, and other social media platforms to post “photos and videos of residents who were naked, covered in feces, or even deceased.” There have also been reports of photographs and videos depicting physical abuse against patients.

As the report explains, in some cases residents have been victims of repeated and continuing abuse. For instance, at one facility “an employee took video of a coworker ‘passing gas’ on the face of a resident and posted it to Instagram.” The resident was interviewed as part of a nursing home inspection reported and revealed that “facility employees pass gas in his face as often as every month.”

To stop this kind of abuse from happening at nursing homes in Champaign and across the country, the Centers for Medicare and Medicaid Services (CMS) has issued a memo to state health departments, which informs them that “they should begin checking to make sure that all nursing homes have policies prohibiting staff from taking demeaning photos of residents.”

In addition to requiring facilities to have specific policies in place to prevent this kind of nursing home abuse from happening, the CMS memo also requests that officials pay particular attention to any complaints about nursing home abuse and social media, investigating them as quickly as possible.

Discuss Your Case with a Champaign Nursing Home Negligence Lawyer

If an elderly loved one in your family recently suffered injuries caused by nursing home abuse or nursing home neglect, you should consider filing a claim for compensation. An experienced Champaign nursing home negligence attorney can assist with your case. Contact Woodruff Johnson & Evans Law Offices to learn more about our services.

Thank you, Jay Johnson, for all that you do. You are truly one of the good guys.

This is the second time I’ve needed the services of Jay Johnson, and it will be the second time that I am completely satisfied with Mr. Johnson’s performance. He thoroughly explains all aspects of a case and is always able to answer questions and concerns. I would recommend, and have recommended him, to other people […]