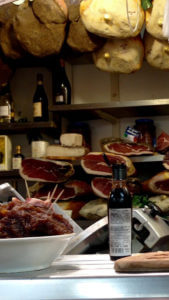 The No-Fault System Means No Fault

I went shopping Saturday. While standing in line at the deli counter of my local grocery store, I observed an employee who appeared to be in training. She was being watched carefully and instructed on the “Do’s and Don’ts” of the job by a supervisor. At one point, the new employee put her hand too close to the deli slicer. Her supervisor told her that if she cuts off her finger that she wouldn’t be entitled to “work comp” since the injury would have been her fault. I was surprised that he was talking loud enough for the customers to hear about severed fingers while their deli meat was being prepared. More importantly, the content of his message about workers’ compensation was completely false and misleading.

The Illinois Workers’ Compensation Act is a NO-FAULT system. If you sustain a work-related injury, you are entitled to benefits under the Act regardless of fault.  When this system was put in place over a hundred years ago, injured workers had to give up some rights (i.e. they could no longer sue their employers for damages in civil court); however, injured workers no longer had to prove their employer was at fault for their injuries. That was the trade-off. Therefore, it does not matter if the injury was the injured worker’s fault, or a supervisor’s fault, or no one’s fault.

Now, an injured worker still has to prove that the work injury “arose out of” and “in the course” of the employment. The fact that they sustained an injury while at work alone is not enough to prove a compensable claim. In short, you must show that there is a connection between the injury and the employment. There are a lot of factors that are used to determine this connection. However, fault is not one of those factors.

For the new deli worker, be careful. However, if the injury was because you were either trained improperly or you just made a costly mistake, your injury will be covered. For all of the injured workers whose supervisors are telling them that their injuries won’t be covered under work comp if the injury is their fault, do not worry. Mistakes happen. This NO-FAULT system was designed to protect Illinois workers and to give them an opportunity to recover lost wages and medical expenses without having to prove fault.