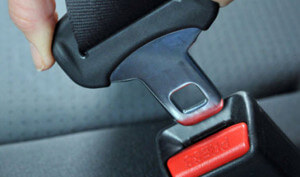 While it might seem obvious to Chicagoland drivers to wear a seat belt if you are behind the wheel, you might be surprised to learn about how often passengers sustain serious personal injuries in car accidents simply because they are not wearing a seat belt. Indeed, according to a fact sheet from the Centers for Disease Control and Prevention (CDC), “seat belt use is the most effective way to save lives and reduce injuries in crashes.” However, despite that information being readily available to the public, “millions of adults do not wear their seat belts on every trip.”

To better understand the relationship between automobile fatalities and seat belts, we should take a closer look at the facts and figures provided by the CDC.

Understanding the Impact of Seat Belt Use

In short, seat belts drastically reduce car crash-related fatalities. As the CDC explains, car accidents are the leading cause of death for Americans between the ages of 1 and 54. Annually, serious traffic collisions injure millions of people.  In 2012 alone, more than 2.2 million drivers received medical treatment in emergency departments because of car accident injuries. That same year, non-fatal injuries from automobile crashes cost “more than $50 billion in lifetime medical and work loss costs,” according to the CDC.

How often do seat belts help to prevent serious injuries and deaths in traffic collisions? Based on data provided by the CDC, “seat belts reduce serious crash-related injuries and deaths by about half.” In other words, wearing a seat belt can reduce the incidence of serious and fatal car accident injuries by about 50 percent.  While air bags also provide protection against injuries in the event of a car crash, they are, as the CDC emphasizes, “not a substitute for seat belts.”

Given that wearing a seat belt is among the best ways—and among the easiest, too—for preventing serious personal injuries in the event of an auto accident, it is important to raise awareness about seat belt use. In particular, some people are less likely than others to wear seat belts, and the CDC recommends that we begin targeting those groups to encourage seat belt use. The following facts provided by the CDC help to show what groups of people are less likely to wear seat belts when they get into an automobile:

Auto accidents often result in serious and fatal injuries, and it is important to speak with a Champaign car accident attorney if you suffered injuries because of another driver’s negligence. Contact Woodruff Johnson & Evans Law Offices today to learn more about filing a claim for financial compensation.