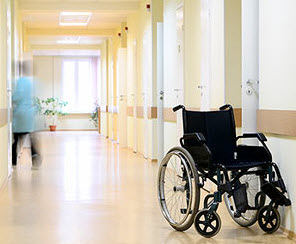 What does nursing home neglect look like, and how does it differ from nursing home abuse? Unfortunately, incidents in which seniors in Champaign do not receive the care they need take place much too often. It can be difficult to know whether an elderly resident of a nursing home or assisted-living facility has been the victim of elder abuse or neglect, given that many older adults do fall and sustain injuries when no wrongdoing has occurred. We would like to focus on the distinction between elder abuse and elder neglect, pointing to specific signs and symptoms of neglect that might be missed by others in nursing homes or in situations where seniors live on their own. If you know what to look for, you might be able to prevent a serious elder neglect injury.

Distinguishing Between Abuse and Neglect

In general, nursing home abuse refers to situations in which “intentional or negligent acts by a caregiver or trusted individual . . . causes harm to a vulnerable elder,” according to a fact sheet provided by the Association on Aging (AoA). In other words, most elder safety advocates consider nursing home neglect to be a form of elder abuse. The senior might not be subject to physically or emotionally abusive acts, but the lack of care—or negligence—may rise to the level of elder abuse.

In a nursing home setting, signs of neglect often look much different from symptoms of physical, sexual, or emotional abuse. Physical abuse often results in unexplained bruises, fractures, or cuts on the body, while emotional abuse tends to impact a senior’s behavior.   Whereas, nursing home neglect, has signs that point to a lack of attention to the elder’s living situation. According to the AoA fact sheet, signs and symptoms of nursing home neglect include but are not limited to:

The last two signs of elder neglect noted above are a bit different from the others—they tend to be signs of elder self-neglect. While we often do not think about the risks of elder self-neglect, an article from the American Society on Aging suggests that it happens more frequently than most Champaign residents would expect. Elder self-neglect is, simply, “an adult’s inability, due to physical or mental impairment or diminished capacity, to perform essential self-care.” These seniors often live at home, and in some cases can have negligent caregivers.

Perhaps surprisingly, geriatric care managers cite elder self-neglect as the most common form of elder abuse in patients, and it often leads to serious injuries. Given the prevalence of elder self-neglect, anyone in the Chicago area with an elderly loved one should know the signs of elder abuse and neglect, whether their loved ones are in nursing homes, are receiving home healthcare or are living independently. If you suspect that a senior in your life has been the victim of nursing home neglect and has suffered serious injuries, an experienced Champaign nursing home neglect attorney may be able to help. Contact Woodruff Johnson & Evans Law Offices today to discuss your concerns.

Thank you, Jay Johnson, for all that you do. You are truly one of the good guys.

This is the second time I’ve needed the services of Jay Johnson, and it will be the second time that I am completely satisfied with Mr. Johnson’s performance. He thoroughly explains all aspects of a case and is always able to answer questions and concerns. I would recommend, and have recommended him, to other people […]